My friends took their children to the cinema last week. They decided to go to the Showcase in Leeds. I was incensed. Why not go to the new Light cinema in Bradford? The exact same film was showing, the exact same time. Closer to home, less driving and five hours free parking in the Broadway centre. I’ve heard nothing but good things about the cinema, it’s surrounded by places to eat – Zizzi’s for pizza, 5 Guys for burgers, Esquires Coffee and the food court in Broadway open until 8pm most days. But to Leeds they went.

We’ve got used to deferring to Leeds, but that needs to change. The next time you’re thinking of going to the cinema, choose Bradford. 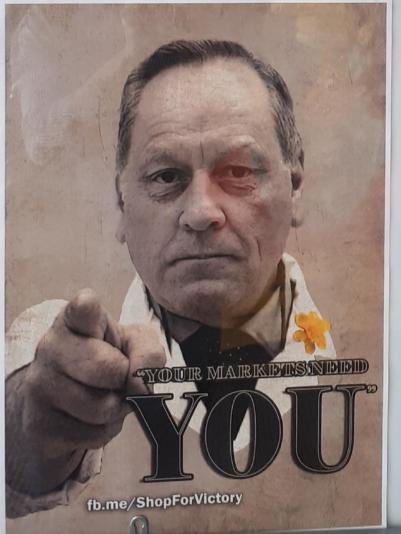 Below is my round up of events in Bradford this November. All the organisations on the list below are making an effort to raise Bradford’s profile, promote the city and get you out of the house. What are you doing? Bradford needs you. Spread the word. Use it of lose it.

Visit Bradford has a list of the best bonfires in and around Bradford. The Bolton Abbey event on Saturday 3rd November by the river and priory sounds lovely.

Saltaire Makers Fair on the evening of Friday 9th and all day Saturday 10th November at Victoria Hall. Local crafts on sale including jewellery, ceramics, toys, clothes, furniture and prints. Might be good for an early and unique Christmas present.

Free tour of the Sunbridge Wells complex on Saturday 10th November at 12pm-1pm on the history and development of the site.

Remembrance Services are taking place across the district to commemorate those who lost their lives and the 100th anniversary of the end of the First World War on Sunday 11th November. The main parade in the city centre, followed by a civic service starts at 10.20am outside City Hall.

Experience a night in the museum with Lates: Magic and Mystery, an adults only night of experiments, comedy, live shows, beer and music at the Science and Media Museum on 15th November. This is a free event, but needs to be booked through the museum website.

The Science and Media Museum is also running an exhibition The Peace to End All Wars  until 26th November exploring the ways in which the First World War has been commemorated in Bradford over the last 100 years.

The WOW Women of the World festival returns for its third year over the weekend of the 17/18th November at the Kala Sangam arts centre with talks, workshops, dance and music celebrating women and girls achievements. Bradford is one of 30 cities across the globe taking part in the festival. I’m particularly looking forward to the Badass Women of Bradford talk and the squeaky cheese cooking class.

And don’t forget Bradford’s #DooraDay photography competition this month celebrating Bradford’s most beautiful and unusual doorways and architecture. There’s a prize for the best effort.