Part 2 of my series on Roman walks. This time, on the trail of Irish roots in Rome. 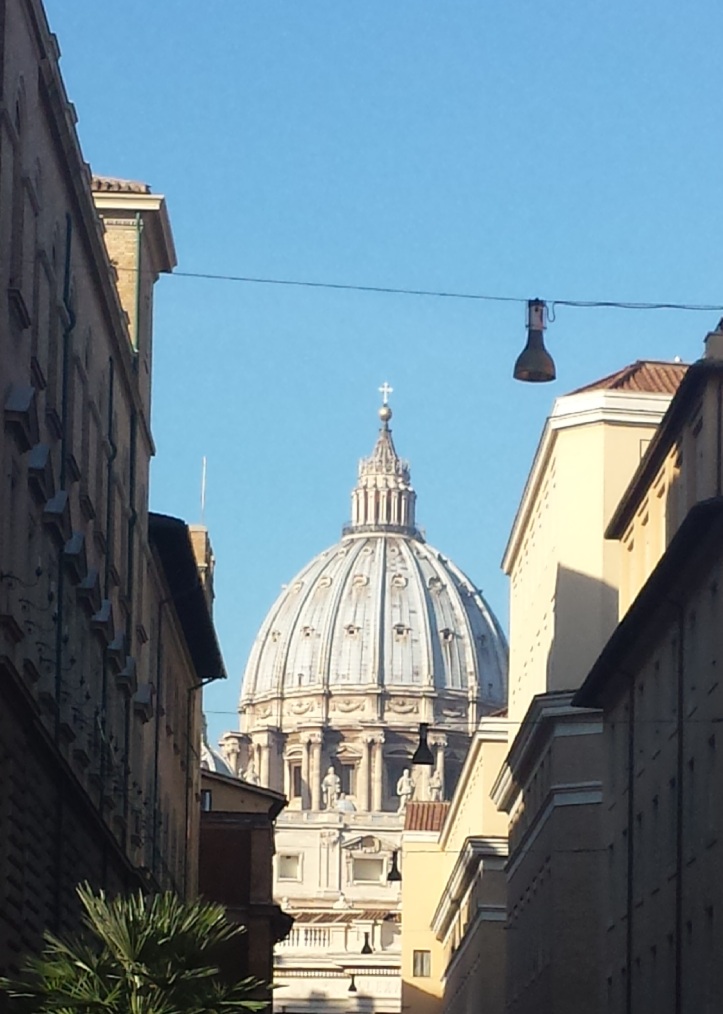 The Irish Club of Rome organised a tour from the Vatican to Trastevere via the Gianicolo following in the footsteps of Hugh O’Neill (one of the leaders of Irish resistance to English rule who arrived in Rome in 1607) through the places he lived in and visited here. Led by the wonderful and highly knowledgeable Father Mícheál MacCraith of St Isidores, I was introduced to Ireland’s long history in the eternal city, links which continue to this day judging by this well attended event.

We started where O’Neill died in 1616, Santo Spirito in Sassia with its attached hospital then considered one of the best in Europe, where unwanted babies were left placed in the “ruota degli esposti” the wheel or hatch shown below to be cared for in the hospital. 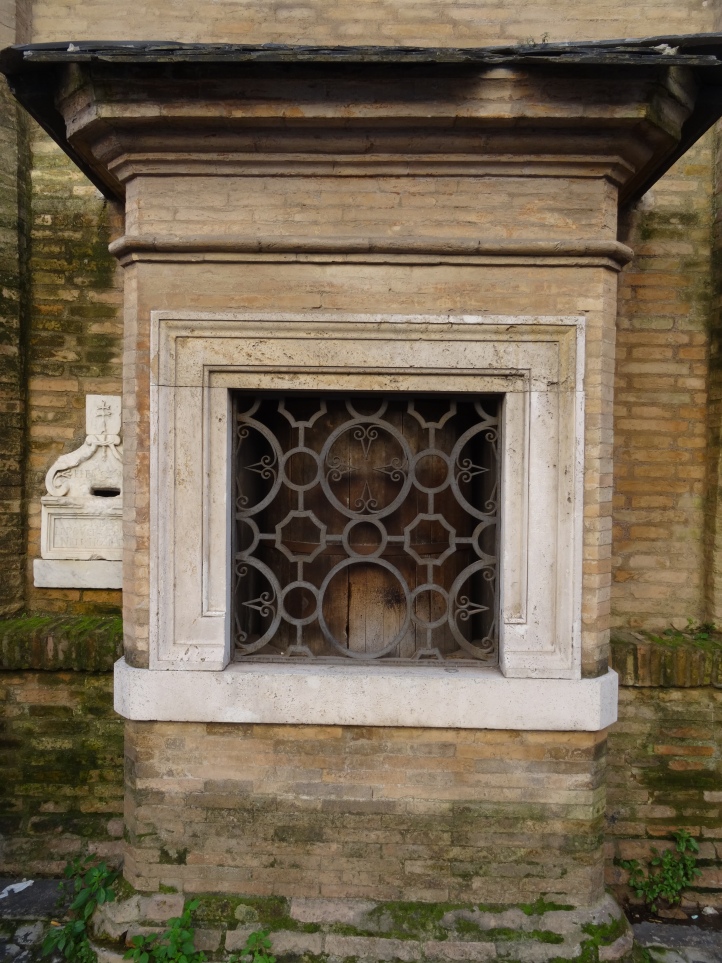 From here we were led to Sant’Onofrio cloister with frescoes from the life of St. Onophrius by Giuseppe Cesari. The story shown in the paintings gracing the walls were written into Gaelic by O’Neill’s secretary and remained untranslated until the 20th century. 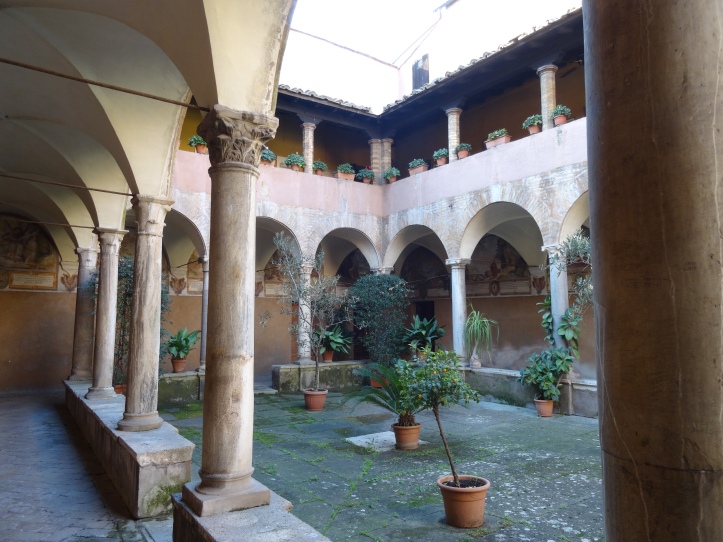 Then onto San Pietro in Montorio, a church commissioned by King Federico and Queen Isabella of Spain, and the final resting place of Hugh O’Neill.  Also hidden in the courtyard, one of Bramante’s perfectly proportioned tempiettos or little temples the dome of which is said to be a model for that of St Peters. 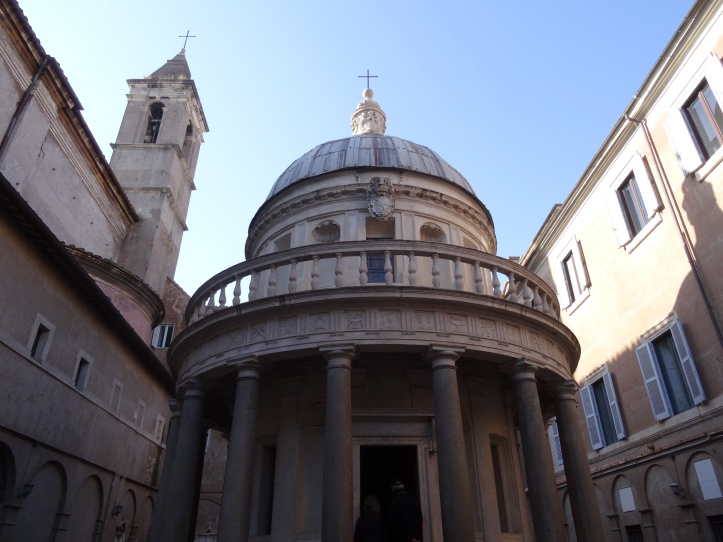 After the climb, culture and history we were treated to a cup of Irish tea in the garden of the Irish Embassy under the orange trees. As my friend Bethan said, “There is nothing I would rather be doing today than sitting here drinking tea in this garden in the sunshine.” 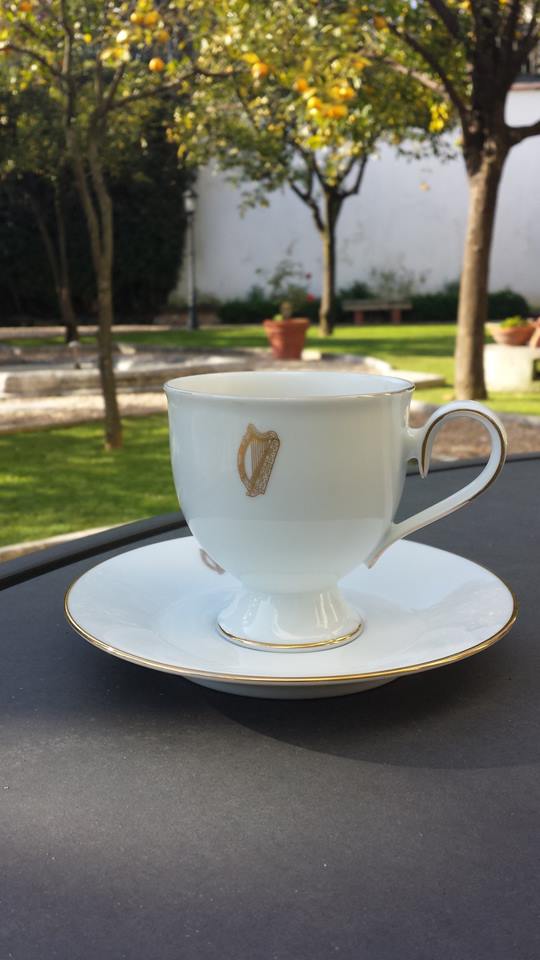 Another unknown corner of Rome, explored and brought to life through the stories of the visitors, immigrants, refugees and pilgrims who have lived in the city and made it their home. Rome at its best.

Thanks to all the organisers for a wonderful tour with hopefully more to follow. This is a special plea from me as everyone I’ve mentioned it to was so disappointed to have missed it!

For more information contact The Irish Club of Rome.